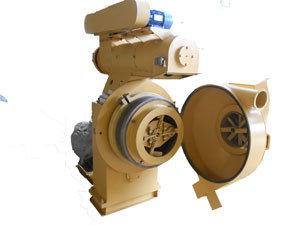 Press-granulator (extruder) – an independent component of the equipment OGM-1,5M, intended for dosing of raw materials, its mixing after moistening with water or steam and granulation. Press – granulator consists of a press mounted on a frame, mixer and dispenser. Press – the main component of the granulator. It is intended for receiving granules from wet raw material by pushing it with pressing rollers through the radial openings of the ring matrix. The press consists of a gear unit and a pressing unit. The press has a final switch with the mechanism of automatic emergency stop of electric motors of press actuators, dispenser and mixer. A detector for opening the cover of the press is also installed. The continuous mixer is used to mix the raw material after moisturizing its components (water, steam, etc.) and simultaneously move it along its axis to the outlet pipe. The mixer is a horizontal cylindrical body with inlet and outlet nozzles, in which a blade mixer is installed. The faucet has a final switch with a mechanism for automatic stopping of the electric motor of the dispenser drive in case the presser of the press is clogged with raw material. The dispenser serves to continuously feed the feedstock into the mixer. The dispenser consists of a housing in which a screw is installed on the bearings. In the unloading neck of the body, a unit of water injector system is installed. The screw drive of the dispenser consists of an AC motor with a frequency converter. In the discharge dump of the dispenser there is a terminal switch that works in the same way as the final switch of the mixer. 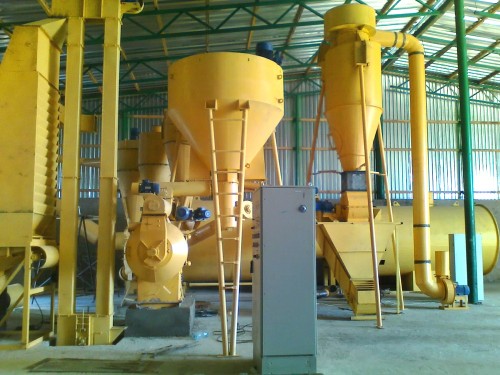 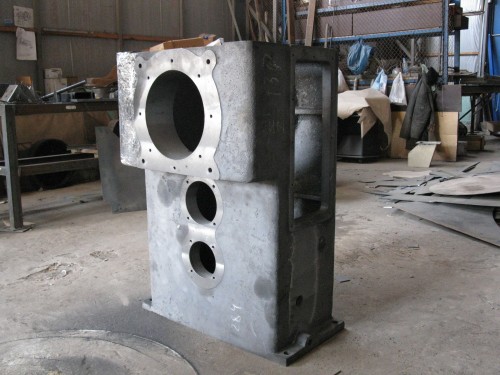 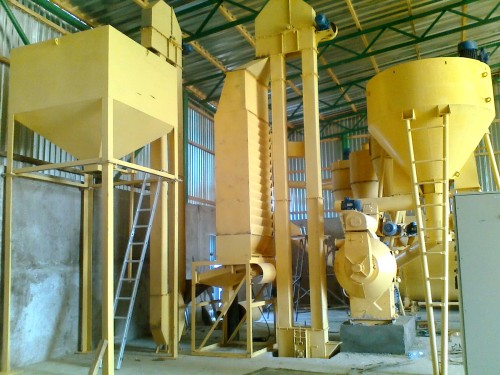